This past April, members of the LINK family laced up their running shoes and headed to Tempe, Arizona for the 13th Annual Pat’s Run. This 4.2 mile race is about much more than getting in a good workout, its main purpose is to support a worthy cause.

The Pat Tillman Foundation promotes the education of veterans and their spouses through academic scholarships, educational tools, and a network of support. This foundation was created by the friends and family of Pat Tillman, who ended a career as a professional player in the NFL to fight for his country in its time of need. After September 11, 2001, Pat gave up football and joined the U.S. Army with his brother, Kevin. Pat died in Iraq on April 22, 2004 while trying to protect fellow soldiers. Since Pat’s death, his foundation has raised over $14 million, providing veterans with the educational services they need and deserve.

To honor Pat Tillman and to support veterans across the nation, 28,000 people participated in this year’s Pat’s Run. Among these runners were Link Engineering’s own Jerry Shavrnoch, Brent Burris, Corinne McCloud, and Jeff Brown, along with their family and friends. This was the Arizona LINK team’s third year participating in the race together. They were joined by Vice President of North American Testing Operations Terry Woychowski, and Human Resources Director Kristi Stuetzer, who traveled all the way from Michigan this year to support the cause. After the race, the LINK team got together to celebrate a job well done with their coworkers and friends. Congratulations to those who completed the race, and thank you for proudly representing LINK along the way! 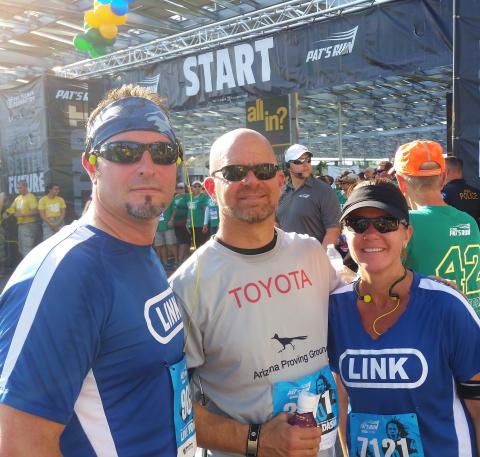 Pat’s Run is a 4.2 Mile Run/Walk honoring Pat Tillman, an American football player who left his professional career in the aftermath of the September 11th attacks to... 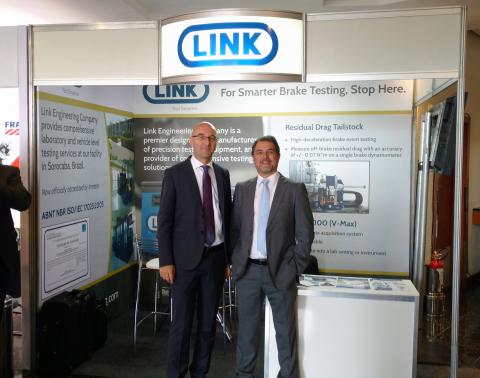 On May 24-25, 2017 in Caxias do Sul, the SAE Brazil Regional Section held their 13th edition of the International Brake Colloquium. From professional brake experts to...