Link Engineering would like to recognize a talented, exuberant, and loving man, John Pross, who passed away Friday, April 29, 2016 at the age of 91. Born January 2, 1925 in Warsaw, Poland, John lived a full life. A craftsman at heart, John led the LINK Fabrication Department in excellence for over 30 years.

Prior to his tenure at LINK, John served in the German army in World War II. While held in Russian prison camp for 7 years John discovered his gift, and passion, for welding. He mastered his craft building railway cars and was promoted to a leadership position overseeing both fellow prisoners and Russian soldiers. Already fluent in several other languages, it was here John became fluent in Russian. At the conclusion of WWII John was released from Russia and immediately went to Salzgitter, Germany, to marry his love Lucy Bartz. Soon after the couple wed, Lucy gave birth to their daughter Angie.

John and his young family moved to the United States in 1957. It was at that time he began his career with LINK. For over 30 years John never compromised on perfection and did everything in excellence. A natural leader, John ran his department with kindness and emphasized the importance of turning problems in to positive learning experiences for team members. John and his team laid the ground work for LINK fabrication and was a cherished mentor to LINK’s current fabrication director, John Fauls, to whom he passed down his years of knowledge and expertise. John Pross continued to support LINK even after his retirement, frequently coming in as a consultant.

A man with great faith and passion, John began each day in prayer for both his family and for LINK. In retirement, John traveled throughout Eastern Europe and Russia sharing his beliefs and distributing bibles to all he encountered. Always a strong family man, John is survived by his daughter Angie and three granddaughters Emily, Allison, and Alexandra. Also close to John’s heart was his German Shepard, Vulcan, named after the ancient Roman God of fire and metalworking.

Roy Link has countless wonderful memories of John. One of his favorite memories though, is the day John, Roy and Roy’s Dad climbed more than 50 feet to the roof of a new LINK building, on a particularly windy day. Shortly after, the threesome found themselves atop the building. They were interrupted by an unusual scraping noise, followed by a loud crash. Everyone’s heart sank, their only means of getting off the roof suddenly was lying flat on the ground. John of course was very concerned that the founder of Link and his son were trapped on the roof and was ready to climb down the drain spout. Eventually a kind passerby spotted them waiving from the roof and stopped to set up their ladder once again.

It is people like John Pross who have made Link Engineering Company what it is today. As we reflect on the time John spent with us, we can’t help but smile at our fond memories of him. John will be dearly missed and we are eternally grateful to have had him as a member of the LINK Engineering Family. 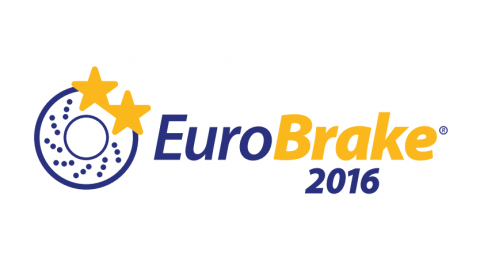 Link Engineering is proud to announce that we will exhibit at EuroBrake 2016 in Milan, Italy. The event will be held from June 13 to June 15 at MiCo, Europe’s largest...

At the end of September, Link Engineering will participate in the 2012 SAE Brake Colloquium. This well-established technical conference and exhibition brings together...